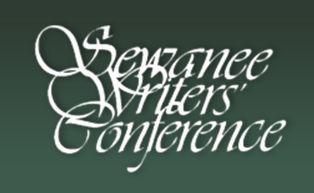 Last week, a commenter asked what my opinion of writers conferences was and whether I favored one over another, so that will be my topic today. It’s a timely question because if you’re thinking of doing a summer writers conference you probably need to get your application in pretty soon.

I haven’t been to Tin House, so I can’t offer any direct comments about that conference. I can say, though, that I’ve known a lot of people who have gone and most (or all?) had very enthusiastic reviews. They have a pretty terrific faculty, which, as I’ll discuss below, is an important consideration.

Tin House isn’t the only conference I haven’t been to. There are conferences in Taos, Squaw Valley, Iowa, and lots of others around the country (and elsewhere) that you might investigate. I can really only tell you about the ones I’ve attended: Sewanee, Bread Loaf, Tinker Mountain, Under the Volcano, and Indiana University.

Sewanee and Bread Loaf are in a class by themselves (although I think Tin House might be approaching their level). For one thing, they’re incredibly difficult to get into, each having acceptance rates of 20% or less, whereas, as I understand it, most other conferences will take all comers. They are also longer. Most conferences are a week or less, but Bread Loaf is 11 days and Sewanee 12. The actual workshops (about which I’ll have more to say) don’t meet any more than at the other conferences, but the longer time frame gives more opportunities to take in readings, craft talks, lectures, and other activities outside of the workshop.

I like them both a lot, but as I’ve said frequently I give the edge to Sewanee for reasons that are difficult to articulate. The housing is more comfortable at Sewanee (unless you really like rustic). Being slightly smaller, Sewanee feels a little friendlier. There’s a touch of hierarchy to both but it’s a tiny bit more off-putting at Bread Loaf. On the other hand, Bread Loaf has a better offering of small craft talks offered by faculty, fellows, and visitors. But both offer outstanding faculty, wonderful social opportunities, and beautiful settings (mountaintops in Vermont and Tennessee). I also like the Sewanee approach that includes team teaching, providing additional exposure to faculty, and also creating the possibility of sitting in on some other workshops that meet on other days. In my opinion, you can’t really go wrong with either one (subject to the workshop discussion below). Cost may be a deciding factor. Because of the Tennessee Williams Foundation endowment, Sewanee is way cheaper.

Tinker Mountain, located at Hollins College just outside of Roanoke, Virginia, is a good option, especially for people in the vicinity, although people come from everywhere. (I live just 80 miles away.) It has a solid faculty–they all give craft talks and readings–and a nice setting, plus it’s reasonably priced.

I’ve been to Under the Volcano several times, working with outstanding faculty, including Russell Banks and Grace Paley. It’s located in a Mexican village, Tepoztlan, so the setting is fantastic. But the offerings are irregular and I’m not sure the workshop is being done every year anymore. It’s too bad, because I really enjoyed it.

So conferences, in my opinion, are worth attending because you meet lots of writers–your peers and the faculty–plus you attend readings and lectures that may be enlightening. That alone may be worth the time and money. I’m all in favor. But the heart of most of these conferences is the workshop, and that’s where your consideration should lie when making your choice. Not all great writers are great teachers. Not all workshops are created equally.

Now, I have been in workshops led by famous writers who were also fantastic teachers, including Richard Bausch, John Casey, and Tim O’Brien at Sewanee, Charles Baxter at Bread Loaf, and Russell Banks and Grace Paley at Under the Volcano. I have also been in workshops with fantastic writers who were NOT so famous, but were also outstanding teachers, including Chuck Wachtel at Under the Volcano, Kevin McIlvoy at Bread Loaf, and Pinckney Benedict, Fred Leebron, and Hal Ackerman (screenwriting) at Tinker Mountain. And, finally, I’ve had a couple of workshops with writers/teachers I hadn’t sufficiently investigated in advance. If those were my only experiences I’d probably say that conferences are a waste of time.

So, with respect to the workshop, it’s all a matter of who your’re going to be working with, and what you can find out about him or her. So, at Tin House, Taos, and elsewhere, check out the faculty. They have some pretty great writers in each case, but you might want to check with some people who have studied with them to find out what the experience in workshop is really like. And if you go to a conference as I did a couple of years ago and find that the workshop leader is not so wonderful, don’t despair. Take advantage of all the other activities on offer and get as much out of the experience as you can.