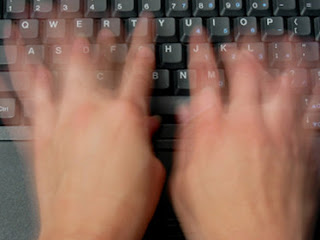 Most writers understand that the name of the game is revision. Writers don’t so much write as they do revise what they’ve already written. This is abundantly clear to me at the moment as I embark on a new draft of a novel that I’ve “finished” several times already.
But what does it mean to revise? Sometimes I work with the hard copy of a manuscript and I’ll cross out unnecessary words (or sentences or paragraphs or pages). Or I’ll add something—an extra sentence here, a comma there. And when I’m done I’ll go back to the computer file and input the changes I’ve made on paper. Sometimes I’ll do those changes directly on the computer. Once I’ve finished making the changes, I’ll save the file with a new name to indicate it’s a different draft, and then it’s ready to print or submit online.
But sometimes more is needed. Sometimes it’s necessary to truly see the work again (the real meaning of “revision”) in order to make the changes a piece needs. For those times, the sort of tweaking I described above isn’t going to be sufficient. Instead, I need to rethink every word and every sentence to make sure, given the major changes I’m making, that they truly still belong in the work. And to make sure I’m really doing what needs to be done, I’ll retype the whole thing.
Yikes. All 95,000 words of a novel? Maybe. I did that with an earlier book, and I’m contemplating it with the novel I’m revising now, but I might not because the changes I anticipate aren’t that large. However, I almost always do it with a short story at some point during the revision process. It helps.