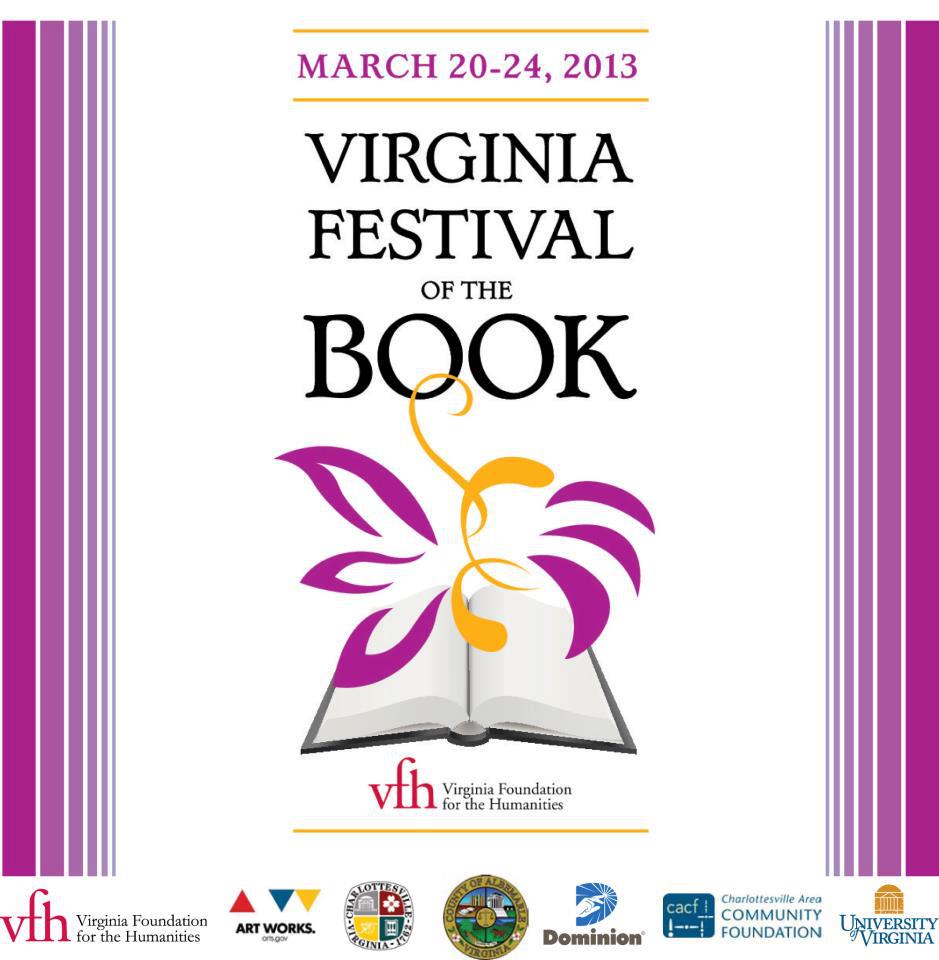 The 19th Virginia Festival of the Book is now history, and it was a good one. I was there for part of every day this year–many years I skip a day just because driving back and forth is a pain–and had a great time. Here are some of the highlights of my festival:

My first panel, The Ties that Bind, was expertly moderated by Leeyanne Moore at The Bridge. The five panelists–me, Molly Cox Bryan, Lydia Netzer, Wendy Shang, and Camisha Jones–discussed our own work and Amy Tan’s The Joy Luck Club, which is this year’s selection for Charlottesville’s Big Read. We had a good discussion and good refreshments in a very nice venue.

The next day I attended a fiction panel called Hauntings at Barnes & Noble featuring Alma Katsu, Laura Brodie, and Brad Bryant. I’d heard Alma before and I have Laura’s and Brad’s books already, but it was pleasant to hear the discussion and the moderator for this panel also did a very good job.

The next highlight for me was being on the short story panel at Barnes & Noble along with Robert Day, E.J. Levy, and Kurt Rheinheimer. We each read for a few minutes and then answered a lot of questions from the audience. It was fun to meet Robert Day and to renew my acquaintances with Kurt and E.J.

I headed home after that, but on Friday I was back bright and early for more. I moderated a panel at the UVa bookstore called Forbidden Attraction, featuring Maryanne O’Hara, Erika Robuck, Bill Roorbach, and Margaret Wrinkle. I’d read all four of the novels and really enjoyed the discussion during the panel, and I was pleased to see brisk book sales afterward.

Then I hurried back over to the downtown mall for Bella Stander’s annual lunch at Bashir’s. I was at one end of the table so didn’t get to talk to everyone but I did get to know a few people I hadn’t met before. Included in that group were several people I then saw on a panel at 2pm at New Dominion called Journeys. That panel included Sheri Reynolds, whom I’d heard a few times before (she was funny, as always), plus my lunch companions: Sharon Short, Kathleen McCleary, and Kimberley Brock. They gave good readings and there was a good discussion. (But why all women on the panel, I wondered.)

Later in the day, after yet another panel, I met Margaret Wrinkle for drinks at the debut author reception, and I had a nice chat there with, among others, Tara Conklin, whose novel sounds quite interesting.

On Saturday I had committed to working the bookfair for WriterHouse.org, so I did that, and then I found a coffee shop to get some work done. At 2pm I went to a very interesting discussion by Ronald Collins and David Skover, two first amendment scholars, about their book Mania, which deals with some of the man figures of the Beat Generation–Ginsberg, Kerouac, Burroughs, and Ferlinghetti–and the famous lawsuit concerning Ginsberg’s Howl. After their talk I had to buy that book.

Then I wandered back to the Omni Hotel–where the publication day and crime day panels took place–to attend the Agents’ Roundtable. But 2 of the 4 agents were unable to be there and I quickly realized they weren’t going to be saying anything I hadn’t heard a million times before, so I left. I sat on the mall in the sunshine and did a little work and then I took a walk.

Then came one of my favorite events of the festival–the Authors’ Reception. Once again, this was upstairs at the Paramount Theater. The food and drink were good and it was fun to talk to a number of old friends and also some of the writers I’d met during the week.

I don’t usually return for the Sunday events, but this year there were several things I wanted to attend. So, despite the threat of snow, I drove over to Charlottesville one more time. First I went to the The Magic of Words, an event that primarily celebrated the launch of the 2013 Blue Ridge Anthology, which includes a story by me. The special guest for the launch was Rita Mae Brown, who spoke for 20 minutes on words and writing. Then some contributors to the anthology read, but the program was running long and I had to leave.

And the reason I had to leave was that I wanted to attend the program at 3pm at the UVa bookstore about Seduction. The speakers were Madeline Miller, author of The Song of Achilles, who appeared by Skype, Manil Suri, author of The City of Devi (and also the Death of Vishnu, which I’ve read), and Betsy Prioleau, author of Swoon and Seductress. Bethanne Patrick did a great job of guiding the discussion, but all three authors were very interesting in their comments. I left with copies of Miller’s and Suri’s new books, and I may well pick up one or more of Prioleau’s in the near future.

By the time that program was over at 4:15, the snow was coming down hard. So instead of attending a party I’d been invited to (to celebrate the “wrap” of the festival), I hit the road. And I’m glad I did. Driving was tough, especially as I approached the top of the mountain, and then again after I got deeper into the Valley near Staunton.

I was very glad to be home!