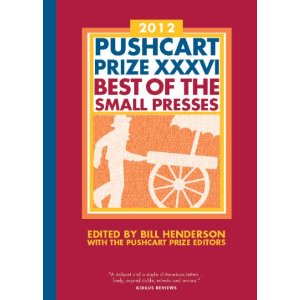 Note: this post originally appeared on November 10, 2011 on the old Perpetual Folly site.

It is that time of year again. My copy of the 2012 Pushcart Prize Anthology arrived in the mail yesterday and I have been updating the rankings. I will start with the list for Fiction. The updated Non-fiction list is here.

A note on symbols. I have marked magazines that I believe to have ceased publication with ©. Several magazines have a (?) by their name which means I can’t find a website for them. Please leave any corrections in the comments.