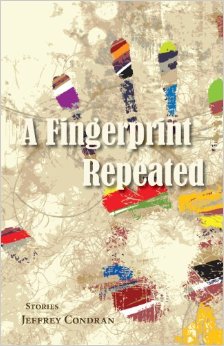 A Fingerprint Repeated by Jeffrey Condran.

Of the collection, Steve Yarbrough says “Condran possesses an admirable ability to imbue isolated encounters with mystery and suspense.” Indeed, these encounters frequently are mysterious.