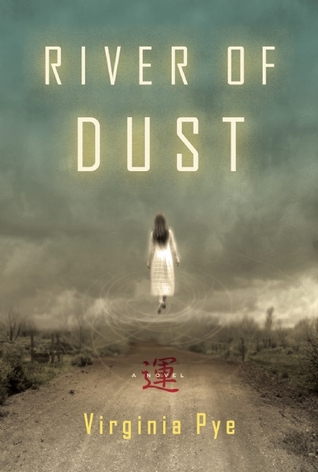 River of Dust: A Novel by Virginia Pye

I’d really been looking forward to reading this novel because the author is a friend of mine. Besides that, though, it’s set in China, which I know something about.

I thoroughly enjoyed the read. As it turns out, the setting of the book was more unfamiliar to me than I expected. First, the time is 1910, just before the fall of the Empire, and the story revolves around missionaries in Shanxi Province, a milieu that I had not previously explored.

The setting is extremely important because Shanxi is the site of the massacre of missionaries that occurred during the Boxer Rebellion in 1900, an event that weighs heavily on the foreigners who have returned to the area a decade later to resume their missionary work. It’s a dry, dusty time—drought and famine have taken their toll. Some welcome the foreign faith as a way out of their misery; others resent it and cling to their old ways.

Into this environment come the Reverend and his pregnant wife Grace, and their two servants Ahcho (who has embraced Christianity) and Mai Lin (who follows the old ways, whatever she professes outwardly). In the first chapter, the missionary couple’s young son is kidnapped by Mongolian raiders. The book then, details the Reverend’s search for the boy and his encounters with various villagers, nomads, and opium smokers. Meanwhile Grace is ill and struggles with her pregnancy, and their servants just have to shake their heads and wonder what drives these foreigners.

The writing is beautiful and the issues raised—arrogance of the West, the clash of cultures, powerlessness and faith—are thought provoking.