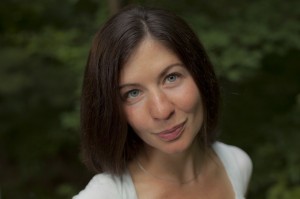 I had the great pleasure on Sunday night to be part of a reading in the city of Roanoke called the One Night Standing Reading Series. The series takes place in some funky space called the Kirk Avenue Music Hall and is nearly ideal for this sort of thing–a good sound system, room for about 40 people seated in rows, plus some room to mingle before, during intermission, and after. In addition to me, there were two other readers. The first was Ralph Berrier Jr., a journalist, read some of this columns from the Roanoke Times, and also read from his novel about his bluegrass-playing grandfather and great uncle. The book is called If Trouble Don’t Kill Me: A Family’s Story of Brotherhood, War, and Bluegrass and Ralph, also a musician, accompanied himself on fiddle. I’m looking forward to reading his book.

I read after Ralph–no fiddle for me, but the audience seemed to enjoy my reading of the first half of “The Replacement Wife” from What the Zhang Boys Know, and then we moved on to poetry. The last reader of the night was Leah Naomi Green, who read from her Flying Trout Press Chapbook, The Ones We Have. And I’m writing about it here because it’s short and I read the whole thing Monday evening. It’s really delightful work that is partly about the author’s experiences in the Dominican Republic and partly about her own family, although it occurs to me that there are characters who could be at home in either setting.

Here’s just one small piece, from the poem “Kaddish” —

My father had grass in his pockets
at my cousin’s bar mitzvah,
torn from the ground
near his father’s grave and brought with,
his own flesh, formed from flesh, not symbol enough.

I don’t see the book on Amazon.com yet, but you can probably order it from Flying Trout Press.