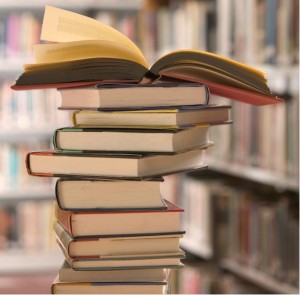 70. That’s how many books I read this year. Goodreads has this handy tool that allows you to set a reading goal and then measure your progress. My goal for the year was 80, so I have fallen far short. But still, 70 is a lot of books.

(If I never buy another book, at that rate it will take me something like 20 years to read all of the unread books I have in my house, so while 70 seems like a lot, it’s not, really.)

Looking at the list of what I’ve read (Goodreads helps with that, too), I see that I read quite an eclectic mix of things. Lots of fiction of course, aided by my role this year as a judge for the Library of Virginia Literary Award for Fiction, but I usually read loads of fiction anyway. I facilitate a chapter of Reading Liberally, so I usually read a “political” book once a month. And I was in a spiritual book club–since disbanded–so I was reading books in that genre for the first part of the year, but I’m drawn to those generally, also, so I kept reading them even after the club fizzled.

I don’t like all the “Best of 2014 Lists” I see because they aren’t comprehensive. The New York Times includes only those books they reviewed, bloggers obviously only include those books they’ve read, and so on, so they aren’t really “Best of” anything except the Best of What We Actually Read. I could do that, but instead let me just mention some of the highlights.

In fiction, I really liked Colum McCann’s TransAtlantic: A Novel. Like his masterpiece Let the Great World Spin, this one consists of separate narrative threads woven together, but with the added dimension of time, as they span 150 years. I’m a fan, and was predisposed to like this, but the book did not disappoint. I also really liked Elizabeth Strout’s The Burgess Boys: A Novel, a book about siblings from a town in Maine, but also a story about refugees (both literal and metaphoric). The book didn’t have quite the impact that Strout’s Olive Kitteridge did in terms of awards and readership, but I think it’s actually a better book.

Other fiction (novels and story collections) I liked (more or less in the order in which I read them) and recommend:

The Biology of Luck by Jacob Appel
Haints by Clint McCown
The Fault in Our Stars by John Green
Out of Peel Tree by Laura Long
The Assembler of Parts by Raoul Wientzen
The God of Small Things by Arundhati Roy
The Last First Day by Carrie Brown
Orphan Train by Christina Baker Kline
Guests on Earth by Lee Smith
Seeing Red by Kathryn Erskine
Salvage the Bones by Jesmyn Ward
Dept. of Speculation by Jenny Offill
The Amazing Adventures of Kavalier and Clay by Michael Chabon
The Hundred-Year House by Rebecca Makkai
The Man with the Golden Arm by Nelson Algren

In nonfiction it’s harder to pick my favorites, but one standout for me was Zealot: The Life and Times of Jesus of Nazareth by Reza Aslan. As a skeptic anyway, I’m drawn to narratives that use facts and logic to make sense from legend, and that’s what this book does. The other standout for the year is probably Those Angry Days: Roosevelt, Lindbergh, and America’s Fight Over World War II, 1939-1941 by Lynne Olsen. I don’t read a lot of history, but this was fascinating, and Olsen’s style is very engaging. I’ll read more by her, certainly.

Some other nonfiction titles that impressed:

It was a good year in reading. I’ve decided on a goal for 2015 of 72 books–that’s just 6 per month–and I’ve already got a few underway. What did you read this year?