Horse by Geraldine Brooks was my book club selection for October, and I found it interesting because of the book I just finished writing, which also involves the story of an old painting and the artist who painted it. In this case, an art student and museum researcher are both interested in a 19th-century horse—its skeleton and portraits that were done of him. Brooks also gives us the story of the enslaved boy who was the horse’s groom and friend as well as the artist who did the paintings. Much of the book is based on fact, although most of the main characters, other than the horse, Lexington, are invented. I found the constant shifting of points of view somewhat unsettling, and I also didn’t find the voices of the black characters—one Nigerian, one enslaved in the pre-Civil War South—particularly credible, and I wonder if Brooks has been challenged for this cultural appropriation. The horse groom Jarrett, for example, is treated exceptionally well by his owners, and I question that. I also didn’t care much for the climax of the contemporary story, which was a little too polemical.

Ships in the Desert by Jeff Fearnside is a collection of essays about the author’s experience in Kazakhstan, first as a Peace Corps Volunteer and later as a grants manager. A couple of the essays—one about the drying up of the Aral Sea and another about the problem of missionaries in a Muslim country—reminded me of the work of Peter Hesler, another former PCV, who has written extensively about China, where he served, and Egypt. A few of the pieces are more personal, reflecting on his own experience, and those are interesting and revealing, too. Published by the Santa Fe Writers Project, it’s a well-done collection.

The Circle by Dave Eggers is one of the creepiest, most entertaining books I’ve read in a long time. Ron Charles, the Washington Post reviewer, thought it was too unsubtle, but I think that was part of the point. The story is about Mae Holland, a young woman who goes to work for a company called The Circle, which is part Google, part Facebook/Twitter, and maybe part Amazon. Day by day it grows more intrusive into people’s lives and its powers of surveillance are downright scary. But people like Mae seem to be willing to sacrifice their privacy in exchange for the benefits of this all-knowing, all-seeing power: reduced crime, better healthcare, honesty in all things. It becomes nearly impossible for her to have a private conversation with anyone, unless she takes a 3-minute toilet break, at which time she’s allowed to shut off her camera and audio. Eggers ramps up this deterioration of privacy over the course of a 500-page book, and the reader wonders if Mae will ever realize the truth of what’s going on. Very glad I read this one.

The Middle of Somewhere by Suzanne Stryk is a wonderful book unlike any other I’ve read. Stryk is a visual artist I came to know through a private arts program that offers a farm retreat in rural Virginia (near my home) to [mostly] students from North Carolina. They spend most of their time creating art, but they also do some reading and writing, which is where I came in. During one session—it was during the pandemic, so conducted on Zoom—I introduced them to various writings, mostly poetry, selected because of the theme Stryk had introduced in the visual realm. Anyway, since then, this book came out, a project to revisit Thomas Jefferson’s Notes on the State of Virginia. The result was a collection of artworks inspired by the natural world and this book—a narrative of her travels around the Commonwealth and her choices in creating the artwork.

Lucy by the Sea by Elizabeth Strout is the latest in the series of novels about Lucy Barton, a novelist who was born in extreme poverty, used a scholarship to college to escape her surroundings, and now, in her 60s, recently widowed, she and her first husband flee New York City during the pandemic and rent a house together in Maine. While she’s there, stuff happens—friends die, her children go through various crises, and her relationship with her ex-husband changes. As with other Strout novels, the plot—if there is a plot—is secondary to the characters and circumstances. Lucy spends these 280 or so pages juggling her emotions and relationships with William, her ex-husband, her daughters, her friends, her family, and trying always to see where she fits in it all.

Monkey in Residence & Other Speculations by Xu Xi (Signal 8 Press November 1) is a collection of essays and stories mostly about Hong Kong and the experience of leaving and coming back. I was asked to write a blurb: “To know Hong Kong—or even to be curious about the city and its people—is to love Xu Xi’s work. Monkey in Residence is a brilliant blend of fact and fiction that captures the conundrum that is modern Hong Kong: once British, now Chinese, still seeking its own identity and freedom. The diverse pieces in this collection—some dark, some funny, some poignant—paint a portrait of a writer who has had a long love affair with a city, despite its imperfections, and knows she will never quite be able to leave it behind. Xu Xi’s tantalizing language, sprinkled with Chinese, is an absolute delight to read.” 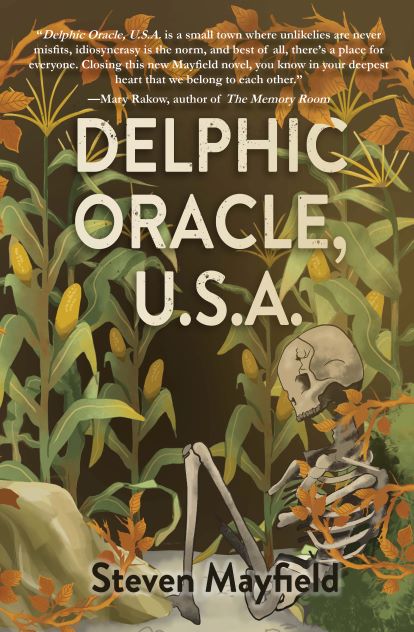