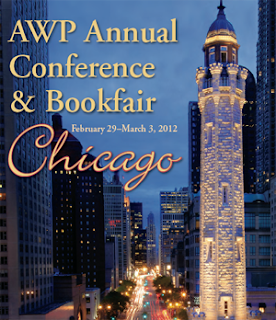 First day of the conference, first time-slot, lots of panels to choose from. I picked “The Long and Short of It: Navigating the Transitions between Writing Novels and Short Stories,” featuring Bruce Machart, Hannah Tinti, Melanie Thon, Erin McGraw, and Kevin Wilson.

The panel topic appealed to me because I’ve managed to publish stories, including one collection and one forthcoming novel-in-stories, but am now revising a novel and have started a second one. They’re obviously very different animals, and I thought it would be useful to hear more experienced writers talk about this “transition.”

And I found it very useful. Not that there was a lot of new information, but I was reminded of things that I hope to keep in mind. For example, Erin McGraw pointed out that unlike the novel, which is expansive, a short story does a lot of its work by inference. (I tend to want to cram a lot into a story that isn’t really essential.) Hannah Tinti suggested–for both stories and novels–going back to the original seed or inspiration for a story in order to help find the way through it. And then, for her, a story is built sentence by sentence, which is not at all how she approaches the novel, which she seems to do more in blocks, moving around to write the bits she knows she needs, eventually filling in the gaps. Kevin Wilson–funny as always–talked about his approach to the story, which is to begin with a conceit. But the novel, it’s the characters he cares about. He also said that a story is like stealing a car: You hop in, drive off as fast as you can, and eventually crash. With the novel, though, you just keep going!