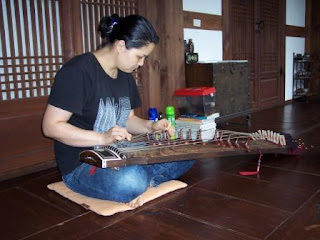 The rain finally stopped, although it was overcast. I got up early and walked around the streets of the Hanok Village–hoping I could find a cup of coffee. (I did find one place that opened at 7am, but I decided to keep walking anyway.) When I got back to the house, the owner, a kayagum teacher and performer, got out her instrument and played a couple of songs. 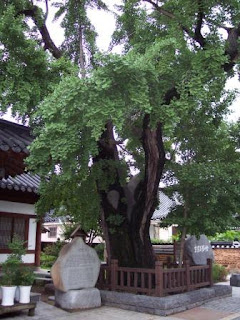 Soon Mr. Hong arrived and we went off to breakfast and then touring around this old part of Jeonju city, including a visit to an ancient Confucian school that has been in its current site for more than 400 years. There are some 400-year-old trees there, but the oldest one in the area is this 600-year-old Gingko tree. (It’s “eunhaeng” in Korean.) 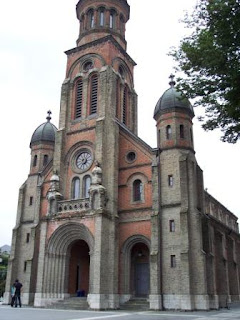 Then we visited the old Catholic church, which was built on the site of the martyrdom of early Korean Christians. I can’t say that I remember coming to this church when I lived here in the 70s. 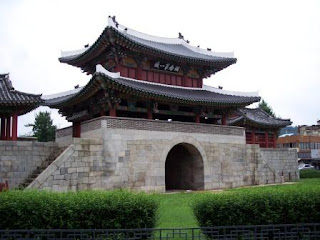 We also visited one of the gates along the wall that once fortified the city, and while I also don’t remember seeing the gate in the old days, it did grace many of the brochures about local tourism back in those days. It’s a pretty impressive site for a relatively small city. 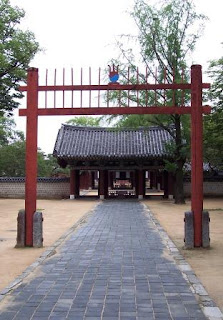 We also went to Gyeonggijeon, which is a pavilion that holds a portrait of the founder of the Joseon (Chosun) dynasty, a line that holds links to this part of Korea. (Finally, something I remember from the old days!) 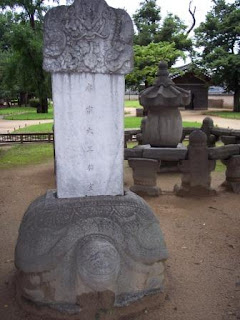 This shot is also from this complex — it supposedly once held the king’s umbilical cord.

I wanted to see a local Buddhist temple, so off we went to Geumsansa (Gold Mountain Temple) Monestery which is about 20 kms. outside of Jeonju. I visited there a couple of times in the 70s. It belongs to the Maitreya school of Buddhism. It’s a beautiful spot. 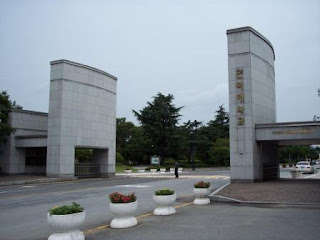 We then headed back into town to meet with an old friend of mine before taking one last look at my university on the way back to Seoul.

And here are a couple of other random shots from the visit: