Everywhere Stories: Short Fiction from a Small PlanetVolume III is now available for pre-order. Like the earlier volumes, this book includes 20 short stories by 20 writers set in 20 countries. Arthur Powers’s story is set in Mozambique.

Arthur Powers went to Brazil in 1969 as a Peace Corps Volunteer and lived most his adult life there. From 1985 to 1992, he and his wife worked for the Catholic Church in the Amazon, organizing subsistence farmers in a region of violent land conflicts. Arthur received a Fellowship in Fiction from the Massachusetts Artists Foundation, the 2012 Tuscany Novella Prize, & numerous other writing honors. He was judge (2014-16) of Winning Writers’ Tom Howard short story contest). His collection of short stories set in Brazil, A Hero for the People (Press 53, 2013), received the 2014 Catholic Arts & Letters Award. 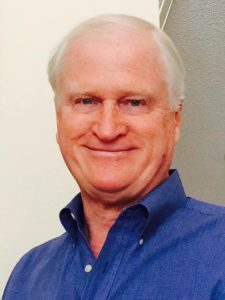 Comment on “Mozambique”: The seeds of “Mozambique” were two encounters my wife and I had in 2009, when we were carrying out a work assignment in Maputo. Mozambique is a wonderful country, and I admire the efforts the people there have made to heal peacefully the vicious scars of a long civil war.