Everywhere Stories: Short Fiction from a Small Planet Volume III is now available for pre-order from Press 53. Like the first two volumes, it includes 20 stories set in 20 countries by 20 writers. Colwill Brown’s story is set in England.

Colwill Brown is the Writer-in-Residence at Wellspring House, a 2017 recipient of the work-study scholarship to Bread Loaf Writers’ Conference, fiction editor at Pangyrus magazine, and blog editor at GrubStreet creative writing center, where she also teaches the novel. Her work has appeared in Solstice: A Magazine of Diverse Voices, The Conium Review, Poetry & Audience, and other places. Hailing from Yorkshire, in the North of England, she is determined to introduce the word “sozzard” to the American vernacular. 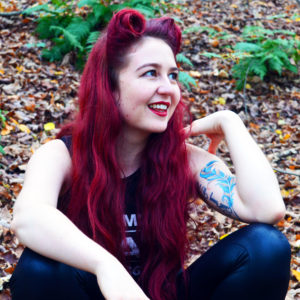 Comment on “Games”: In “Games” and the story series it belongs to, I set out to explore how girls and young women in economically deprived and working-class spaces struggle to develop agency and self-understanding when the world demands that they define themselves in relation to a dominant—and often brutal—masculinity. Mining memories of growing up in a formerly industrial Yorkshire town, I became interested in the body’s liminal space between girl- and womanhood, between naivety and desire, between “empowered” and “disempowered.” In this particular moment, I wanted to see what might happen if my characters harnessed their body’s power to disrupt the terms of the male space they’re forced to occupy.