The title of my book is Nous Nous. It is a novel, around 275 pages long. The publisher is Braddock Avenue Books and the release date is October 19.

The quickest way to describe Nous Nous is that it is an abduction story, but it is far more complicated than that. A 12-year-old girl is kidnapped from her middle school by an essentially gentle man who has decided to pick a moral fight with the universe. The investigation into the girl’s disappearance eventually involves a whole host of characters, including the girl’s mother, who is also an Episcopal priest; that woman’s angry ex-husband; and a student-teacher who is deeply inflicted with imposter syndrome but who ends up being, by pure happenstance, crucial to the case.

I would call it a literary crime novel. It’s entirely character driven but also, I believe, deeply suspenseful.

Gosh, I got such extraordinary early reviews from my readers that they almost made me blush. The novelist William Lychack said something that was really beautiful. This is what he wrote:

“If ever a novel sought to reveal the sacred in life… If ever a choir of voices and viewpoints came together with the design to lift hearts and hopes… Then Nous Nous is that collective of love and longing, of disappointment and loss and, ultimately, faith. There’s a beautiful dignity and grace to be found in these modest pages, and John Vanderslice is sublime in evoking these modest lives.”

I don’t know how I can ever do better than that.

Wow, that’s a good but tough question. This is going to sound like a rather odd combination, but I would have to describe my book as a cross between The Power and the Glory and Lolita. But there’s no pedophilia!

Another great question. I actually first drafted this book eight years ago in a Novel Writing Workshop class. I was really happy about that draft when it was done, but it never got picked up anywhere. Over time as I re-worked the book and shaped it and edited it, I realized how that early draft just wasn’t the novel at its best self. Why this novel? Because it’s a story that is probing enough and human enough that it needs to be told. Why now? Because it’s actually really ready to appear. Finally. I’m convinced of that.

Well, I love my nine-to-five teaching job at the University of Central Arkansas. I actually can’t imagine having dedicated so much of my life to any other profession. That said, I got the hugest kick as an undergraduate working for my university’s student-run radio station. One year I was a sports broadcaster and the next a disc jockey. The summer between I interned at a radio station in Washington, DC.  I found working for a radio station such a kick that back then I told myself “If I had a job offer in radio I would leave school right now to take it.” And I did try to find my way into the profession after I graduated. But it was not to be.

I suppose I would want them to take away from the book the sense of how hard it can be sometimes to know what is the right thing to do, and that sometimes we end up blaming ourselves for things that we really could not control and/or could not know. And that is just not being fair to ourselves. Worse, it could end up destroying us. But having said that, I have a feeling your readers will say, “Of course, dummy. You think that’s news?”

Hmmm. I don’t really have soundtracks to what I write, partially because, as much as I love music, I find the writing goes better for me if I write in complete or near-complete silence. I’m boring that way. As for food, the only “food” that comes to mind in regards to this novel is ever-loving coffee! I wrote this novel in exactly two places: in my home study early in the morning (coffee, lots of coffee!) or on Wednesday evenings in a classroom with that class I was talking about earlier. I dedicated the second half of every weekly session to just writing our novels, and that meant that every Wednesday evening at break I went over to the campus Starbuck’s and loaded up with a venti dark roast. It was evening? Who cares? Writing (especially after a long day at the office) takes coffee!

Oh, you know, I always have a few going. On Audible, I am listening to the historical novel Hamnet by Maggie O’Farrell. I love to write, read, and teach the writing of historical fiction. (In fact, I am fortunate to be doing a class on that subject next semester.) I am also reading, in paperback, Postcolonial Love Poem by the unmatchable Natalie Diaz. She has such fire in her lines! And also, at night in bed, the novel Zoli by Colum McCann. Like everything McCann writes, it’s impeccable. But I’m not fully appreciating it because I keep falling asleep. I have to shift that book off my nightstand and onto my desk!

Buy the book from the Publisher (Braddock Avenue Books) or Amazon. 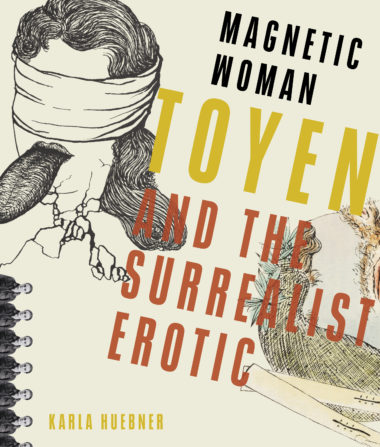