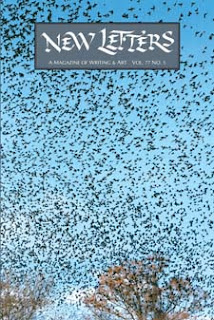 it isn’t, but the story is about the relationship between a young girl and her black housekeeper, in this case a woman named Cynthia, who comes from the islands. The housekeeper is from another planet, according to the girl’s younger brother, and, furthermore, her children when they reach the age of ten were changed into tamarinds by witches. And, he tells her, tamarinds on Cynthia’s island aren’t fruits, they’re animals about the size of koala bears. Unfortunately, the girl doesn’t seem to be bright enough, or confident enough, to argue with her brother.

In the background of the story, Robert Kennedy has been killed. But in the girl’s terminology, he was running for “Emperor of the Second Cycle of our planet”–which sounds like something she’s picked up from her little brother. Only the brother is smart enough to solve Cynthia’s riddles, such as “how many coconuts put in an empty sack.”

The family treats Cynthia reasonably well, although the mother doesn’t seem to be willing to allow her to go to mass on Sunday–she’s too helpful with brunch–but other than that what bothers Cynthia is being separated from her family, especially her daughter Wanda.

The climax of the story arrives with a knock on the door that turns to banging and kicking. The narrator sees that the glass of the door has shattered and that her younger brother’s “Vintage Monogram Big Deuce Ford Roadster”–a model, but the boy’s most impressive–is in pieces on the lawn. The police arrive (to solve the mystery of a murdered hobby-model?) and ask questions. Why would someone do this? The mother seems to be thinking that the problem is owing to her having a black maid, but she doesn’t actually say that.

The story leaves more unanswered than I’m comfortable with. Did the narrator have something to do with the destruction of the model? Did the boy himself do it? And who kicked in the door? The ending itself, though, is great. The narrator reflects on the “spell-like tissue paper” on which she’d written a birthday greeting to her brother, and this recalls the witches who turned Cynthia’s children into tamarinds, as if our narrator expects this to happen to her brother.

It’s an odd story, but well done. I’m just not sure what to make of it.