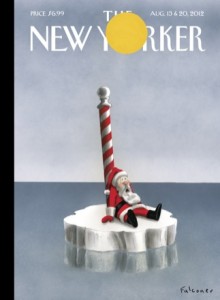 Scott, who is kind of a jerk, packs up his car in Portland while composing a “dear John” note to his girlfriend, Ellen. He plans to leave it on the table and just disappear, leaving her without a car or a real explanation. He also turns off his phone and doesn’t answer her calls. He’s self-absorbed and rationalizing his behavior. By the time he gets to San Francisco, he stops. He stays in the Omni, using his parents’ credit card, which they finally notice. As I said, he’s a jerk.

Then he cashes in some of his trust fund (he has a trust fund?) to get an apartment, he steals a dog, and takes up with a woman he doesn’t really seem to think is a long term relationship for him. But the dog gives birth on his couch and . . . now everything’s different.

Really? Or maybe it’s not different, because except for his fondness for the dog and the puppies, he seems to be as big a jerk as ever. Maybe slightly less self-absorbed.

On the plus side, the story isn’t about kids or cancer or infidelity. The scenario is unusual and the perspective, from the jerk’s point of view, is refreshing. (It’s interesting that the author says he’s written about the same incident—based on something that happened to a friend—from the other side, but wanted to explore it from the side of the guy leaving.) On the negative side, the ending seemed premature. I like open-ended stories, but this one seemed to just stop.

The story is part of a new collection the author is working on, one with some overlapping characters and themes.