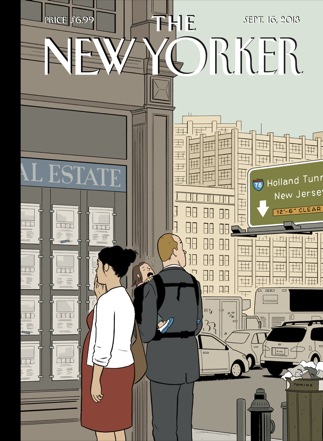 This isn’t a short story so much as a barely fictionalized account of actual events in Tunisia, and as such it is more a political tract than a work of literature.

Here’s the story: Mohamed can’t find work. The police and governing authorities are universally corrupt and make his life impossible. In frustration, Mohamed self-immolates, prompting an outpouring of resentment and the downfall of government.

I’m sympathetic with the Mohameds of the Arab world, but this isn’t worthy of the fiction section of The New Yorker.

5 thoughts on “The New Yorker: “By Fire” by Tahar Ben Jelloun”