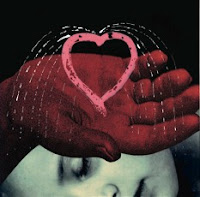 “There once lived a girl who was killed, then brought back to life.” That’s a fairly stunning opening sentence, it seems to me. And I was drawn into the story of the grieving father who takes extraordinary measures to get treatment for his daughter who has been killed in a terrorist bombing.

At least I was until this: “The father slept, and in his dream he met his daughter . . .” And thereafter, I am forced to doubt everything that happens. Is it all a dream? The father isn’t sure, and neither am I. Does the doctor succeed in reviving her? I don’t know. And, furthermore, even if the dream ends and the narrative returns to reality, I find dreams in fiction to be terribly manipulative, and I mistrust stories that employ them. In this particular dream, the father feeds a sandwich to his daughter, but when he discovers that the sandwich is made of a raw human heart, he eats it himself. And this incident takes place in a “paradisiacal spot”—“In the fields, amid soft green hills, he found an enormous gray house . . . and there . . . he saw a fountain, as tall as the house, with one tight jet of water that cascaded at the top into a glistening crown.” So, the fountain house represents what, exactly? And why should the story depend on this heavy-handed dream?

If in fact the father returns from the dream, it appears that the daughter is getting a transfusion from him. But we’ve been told that there was no doubt—she’s dead. (The doctor knows she’s dead, but needs the money the father has offered.)

And so the girl revives. The father knows it’s because he ate a human heart so that she wouldn’t have to. Here’s the story’s final line: “But then that had happened in a dream, and dreams don’t count.” Exactly so.