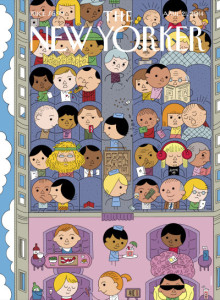 Owen’s parents drink and fight a lot. He plays baseball and steals hubcaps. He also is nice to the handicapped kid across the street, Ben.  Stuff that happens in the story: the mother starts a grease fire in the kitchen and then the parents calmly inform Owen that they’re separating. The officious safety kid on the school bus discovers Owen has pet turtles stashed in his lunchbox and, because that’s a violation of some rule, takes them and throws them out the window where they explode on the pavement. And Ben, who is being teased by a couple of mean girls, does something that gets him moved to a different school. That’s it. Not much of a story, in my view.

I assumed that it’s an excerpt from a novel but there’s no indication in the Q&A with Thomas McGuane that this is the case. It’s a real puzzle why this story is in the magazine.