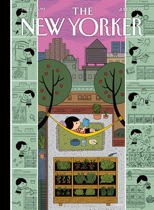 To begin with, you should read this story, which is available online for free. In my opinion, it’s a leading contender for story of the year.

The story inhabits the consciousness of two characters, a woman and a man who have been seeing each other and are now on a hike. The woman is 41, never married. The man is somewhat older (we learn how much older before the end of the story), also never married. She runs an art gallery. He is a scientist and very involved with his work. On the trail they encounter another hiker with an English Mastiff (this one at least 200 lbs.) and the woman—although we learn her name, the man and the woman think of each other as woman and man—is afraid, thanks to an encounter she had with a German Shepherd when she was a girl. The continue hiking and on the way down they meet up with the Mastiff a second time. Given the title, it’s probably no surprise that the dog attacks.

What I like about this story is that I don’t like either of the main characters. I recognize them. I sort of AM them. But I don’t like them. In the Q&A with Joyce Carol Oates, Oates addresses this beautifully: “I sympathize with—and identify with—all sorts of people. I think that there is a measure of hypocrisy in those who profess surprise at flawed characters in fiction—virtually everyone is flawed, and everyone is, at one time or another, ignoble. The concept of a ‘hero’ is unreal and of little interest. Also, we fall in love with imperfect people—some of us with actual criminals, murderers. This is a fact of life. ” So, these are flawed people, but that makes them all the more real.

The most important aspect to the woman’s personality is her fear. She’s afraid of the dog, but she’s also afraid of being alone and, probably, of NOT being alone. At the end of the story she may be close to coming to terms with this paradox.

A very good story. I recommend it and also the short interview.