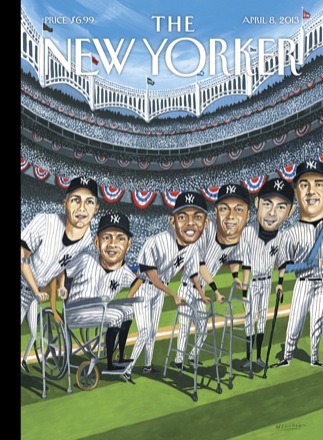 As revealed in the Q&A with Tessa Hadley, this story is an excerpt from a forthcoming novel, as are two earlier Hadley stories we’ve seen in the New Yorker, “Honor” and “Clever Girl.” I’m very glad that this is from a novel, because as a story it’s just very well-written cliché.

Stella is 15 and smart when she meets Valentine, a boy a year older and a good deal wiser. From him she learns about drugs and has her first sexual experience (although he’s not that into it, apparently), which leaves her pregnant. End of story, but not, obviously, the end of the novel. In the novel, there is room for much more complication, but in the story we’ve just got this. And it’s not enough.

Having said that, Valentine is an interesting character. His father is a retired civil servant and most recently had been posted to “Malaya” (a colonial vestige, since it was Malaysia by this time), but of course Valentine hates his father. Stella’s father is gone, but she’s got a caring stepfather, except under the influence of Valentine she’s coming to rebel against him, also. The mothers are a bit flat, as is Stella’s friend Madeline. Still, could be an interesting novel.