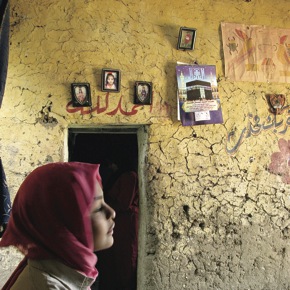 This story has the feel of a novel excerpt. Hisham Matar has a new novel coming out in August and I wouldn’t be surprised if this story is extracted from it. It’s interesting anyway, although it seems overwritten to me.
The author was born of Libyan parents who lived in Tripoli and Cairo. The narrator’s parents live in Cairo, but are from elsewhere—a country the narrator doesn’t name. But since it’s a two-day drive from Cairo, Libya seems to fit. The parents are in exile—the father was a government minister and advisor to the king who fell in a revolution.
In the story, the mother dies—of what we don’t know. But then the narrator learns the timeline of how the maid, Naima, came to live with them, and the timing of his birth and first months of life when they were exiled in Paris. The suggestion is that Naima is actually the mother, I suppose, although that is only hinted.
I suppose I should read the story again, but I hate the online version of the magazine and once again my issue has failed to show up—now nearly 10 days late. So I’ll leave it at that.
January 24, 2011: “Naima” by Hisham Matar (not online)