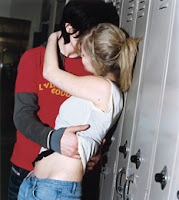 Tessa Hadley’s “She’s the One” goes directly on my list of best stories of the year, even though I was vaguely unsatisfied by the ending. I liked a great deal the drama of Ally’s situation—she’s recently graduated, her brother has just killed himself, she’s stifled by a grieving mother, and suddenly finds herself in the company of a brash Canadian writer—and the portrayal of the characters, so that I think the ending matters less to me than it usually does. Ally, dealing with all of the above, is working in a “writers’ center”—a place where week-long courses for writers are held. There she meets Hilda, who is portrayed in such negative terms that I was relieved that she isn’t American. (I imagine Hadley thinking of her initially as American but then wincing at the stereotype; she solves the problem nicely by making her Canadian.) Hilda turns out to be surprisingly useful to Ally in dealing with her grief, but the story’s climax actually turns on a meeting with Yvonne, the dead brother’s girlfriend.

I thought the writing throughout the story was superb. The descriptions were sharp, the characters—Ally and Hilda, and to a lesser extent the mother and Yvonne—are round. (Men are mostly absent here—Ally’s father is a cipher, her older brother is dead, her younger brother is largely irrelevant.) And I suppose, frankly, the setting in the writers’ center appeals to me. I love the dialogue among the faculty about the students, because I’ve imagined this happening at the conferences I’ve attended. Hilda, too, is a recognizable type, the self-absorbed writer. She gains stature when she announces to Ally that her novel is dead; the fact that she has recognized this indicates that she is now a character who might have something useful to say. And she does.