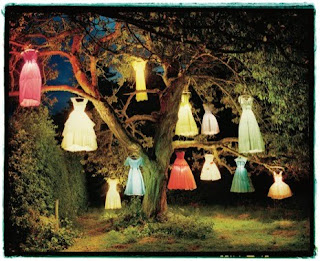 We know from the Q&A with Sarah Shun-lien Bynum that this story is based in some way on Goethe’s The Erlking. We have Kate and her daughter Ruthie (whose name is really Ondine, which in European folklore is a fairy-like creature) on their way to the Elves’ Faire, some sort of Renaissance festival at the local Waldorf School. As Kate admires the grounds, she regrets that she hasn’t enrolled Ruthie her, and also ponders the other option, the Jewish Montessori school, that had rejected their application. The story is about Kate’s parenting, it seems—is she too demanding, too controlling? Or is she too generous and is Ruthie being spoiled.
At the same time, though, it’s evident that Kate is self-indulgent in her regard for faeries and other impossible creatures (not that a giraffe is really impossible, and Kate loves her giraffes, but have you seen one lately?). She even named her daughter Ondine, and Ruthie/Ondine is indulging her own mother’s desires in a bit of enlightened self-interest. So Ruthie is capable of her tantrums—learned behavior, I’m thinking—and also apparently has a history of peeing in her pants. Uh oh. I think you know what’s coming—one of each.
What’s fun about this though is the appearance of the Erlking—or King of the Elves—even though he isn’t named as such in the story. Ruthie sees him; Kate does not, just as in the Goethe poem the father doesn’t see the Erlking. But what risk is there when Kate is always holding onto Ruthie’s hand?
Read the story to find out.
It’s a fun story, flipping back and forth between the points of view of Kate and Ruthie, both nicely done. And the Erlking is creepy, as he should be.
I liked it.
July 5, 2010: “The Erlking” by Sarah Shun-lien Bynum