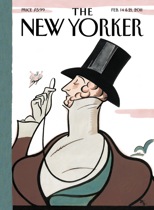 Yikes. Not sure I’ve read Gaitskill before, so I was looking forward to this one. But I think I regret it. Narrator’s son Doug, 13, seems a little disturbed, but maybe not so different from other kids (which is even more disturbing). He likes violent video games (and violent drawings that seem related to the games) and hates almost everything else (although he does seem to respond to fishing with his father). He’s also got a speech impediment and a tremor.
All of that is revealed in the first couple of paragraphs and we’re prepared for a story about a twisted boy, but it turns out that the story is mostly about Doug’s father, the narrator, who isn’t much different from his son, and has done some pretty twisted things of his own. The mother’s got a checkered history herself. No wonder the kid is messed up.
But the father: he’s always had an active, violent fantasy life and even became sexually aroused at the thought of killing a woman. He spied on the girl next door, but, fortunately, didn’t turn her into a victim. He followed a college girl with a view to making her his victim—by then he possessed a gun he’d stolen from a friend’s father—but that didn’t work. Finally, though, he hitchhikes and is picked up by a woman whom he then threatens to kill.
Meanwhile, we learn that the narrator’s mother was high-class hooker before she got married, and wasn’t much better after she divorced his father. And she says she was abused as a kid. Hmm. So–another troubled childhood.
A key, perhaps: “The hurts of childhood that must be avenged: so small and so huge.” The line suggests to me that “the other place” where the narrator retreated as a boy for his violent fantasies, and where he sees his son going now in and out of video games, is a product of “the hurts of childhood.” This makes all the more important the connection that the narrator thinks he can make with his son while they are fishing: “The second time I put my hand on Doug’s shoulder, he didn’t move away inside; he was too busy tuning in to the line and the lure.” The narrator knows that “the other place” is inside him, but at least his son won’t be alone.
February 14 & 21, 2011: “The Other Place” by Mary Gaitskill