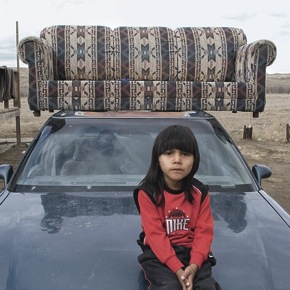 The ending here feels rushed to me. In fact, there is an interesting but slightly tedious long first act, where Linda is born, abandoned, and grows up. (The fact that she has birth defects needing attention along the way.)  Then there’s a second act that’s about the same length in which Linda at age 50 hears from her mother. This brings back some painful details, and Linda is a woman who does not like pain. Nonetheless, she has to recall that she had a fraternal twin, that her defects are the result of being crushed in the womb by her twin, and that her parents gave her up. She meets with the mother and it goes okay until the mother reveals that the twin, Linden, needs a kidney transplant and Linda is their only hope. Linda is appropriately disgusted—this is clearly all the mother had wanted. Act III: Linda actually plans to go through with it because the guy is her twin, right? So she goes for blood tests and meets this guy Linden and he’s a bigger piece of shit than the mother. And then it’s over, and that’s why I say the ending feels rushed.
Apart from that minor complaint about the ending, though, I thought this was a terrific story, with excellent complications. Linda is misshapen, but she doesn’t worry about it. She has a job. A dog. She believes the reason she never married is because she doesn’t like pain. Also, though, she’s white, and was adopted into a family on an Indian reservation. Her brothers and sisters, not adoptees, all left. She didn’t. And the description of the mother when they first meet in the diner is outstanding.
It’s a little early to be talking about Story of the Year, but this could be a contender.
This Week in Fiction: Louise Erdrich
January 10, 2011: “The Years of My Birth” by Louise Erdrich