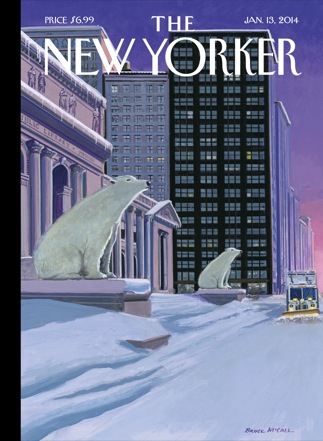 This fiction is an excerpt from a novel by Mengestu that comes out this spring, and judging by the Q&A with Dinaw Mengestu it’s going to be quite interesting—parallel stories set in Africa and America in the 70s. What we have here, by itself, is also quite interesting. It’s the beginning of post-colonialism in Africa and there is a certain amount of optimism and political activism. The narrator, from Ethiopia, has arrived in Uganda to be part of that. Hanging out at the university, he meets Isaac, who also isn’t a student, and the two of them represent the voice of poverty that is in danger of being overlooked.

The plot isn’t so important: The narrator is inspired by the recent occurrence of the African Writers’ Conference. It’s less clear what motivates his friend Isaac. It’s Isaac, though, who gets beaten up, although both of them—poor boys living on less than a shoestring—risk being arrested at any moment.

So, not much to talk about here, but it’s a nice teaser for the novel.