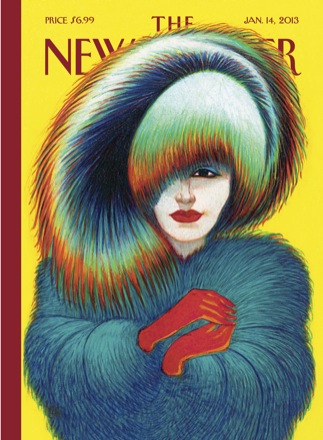 If you are the one person on the planet who has not read a story or seen a movie or television program about an unwed mother who has given her child up for adoption and then later sought out the grown child, you might find this story by the great William Trevor appealing. Otherwise, I’d be very surprised if you do.

The story’s behind the paywall, so here’s the gist: Cecilia grows up in the home of her father, her mother long gone. She is tutored at home and has no friends. She’s bored, and eventually the father sends her off to boarding school. It seems like a perfectly good school and she makes some friends, and on weekends her father comes down to visit. But there are these two older women who hang around, watching, and Cecilia finds them dumpy and odd. (The reader, on the other hand, is reasonably sure that one of the women is Cecilia’s mother.) We take a spin through the points of view of the women, learn that, in fact, one of them gave a child up, and eventually the other woman reveals that to Cecilia. Cecilia tells some of this to her father when they go away on holiday, and he apologizes for not telling Cecilia the truth, which appears to be that he acquired a child as a way to salvage a crumbling marriage but it didn’t work. Things could be worse. The End.

William Trevor is one of our greatest short story writers, but this one seems to have been written in his sleep.

Leave a Reply to I thought it was brilliantly constructed. The rising sense of dread is never really resolved. What actually was the truth? I never figured out if the women were actually lesbians but one had had a relationesship with a man once, etc. Who was "Broughton?" Cancel reply