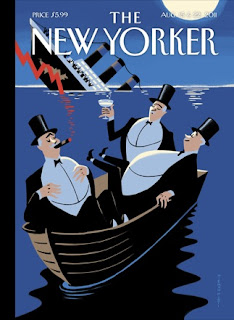 August 15 & 22, 2011: “Gilgul” by Yosef Hayim Yershalmi
I liked this story well enough, although I’m not entirely sure what it was about.
Ravitch is a wanderer, who, while staying in Tel Aviv, goes with a friend to a “sorceress” in Jaffa. She offers mostly banalities, but also offers to tell Ravitch when he will die. (The offer is in the opening sentence, which makes for a very fine hook, you have to admit.) He declines and goes back to New York. Four years later—in the meantime he’s published a book, gotten divorced, and his father has died—he is on vacation and returns to Tel Aviv. He’s not sure why he’s come—he doesn’t contact his friends—but finally, after some brooding, he seeks out the sorceress. And she tells him a story about another restless man and his gilgul, which is, essentially, reincarnation.
She tells Ravitch that the story was meant for him, but is not about him, which sends the guy back to his hotel to have a drink and try to figure out why she told him the story. But he doesn’t get it. (I don’t either.)