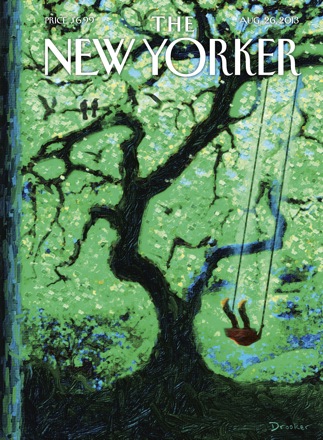 Lin Hong is married to Li Hanlin. While Li is traveling on business, Lin finds a key that opens a drawer in Li’s office in which he has hidden photographs of and letters from a woman named Qingqing. Lin is distraught and seeks the advice of an old friend, who suggests a course of action to punish Li. When Li comes home, Lin confronts him. He confesses, but says that the “affair” never went beyond kissing. Unsatisfied, Lin carries out the punishment, which is nearly as painful for her as it is for her husband.

I hate to spoil the story, because it isn’t clear right until the last minute what’s going to come of this couple. I will say only that I enjoyed the ratcheting up of the tension between Lin and Li as the story goes on. This is very well done. Whether the story has much depth—that is, does it say something about the value of forgiveness?—is less clear to me. I’ve enjoyed Yu Hua’s longer work, but I’m not sure there’s much beneath the surface of this short story.