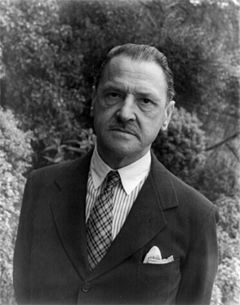 “Keep it simple,” he said. “What’s that you say?” she asked.
It is tempting for some writers to load dialogue tags with too much freight. In general, though, the simpler tags are the best. “Said” and “asked” are nearly invisible to the reader, and that’s what the writer wants. They don’t draw attention to themselves; the reader remains engaged with the content of the dialogue without being distracted by some odd delivery. Whenever possible, convey the method of delivery with the words themselves.
If you want to go beyond “said” and “asked,” though—after all, some variety in the work can be nice—be sure that you stick to what I call “speaking verbs,” verbs that describe the action of speaking words (such as “shout,” “yell,” or “whisper”). Some speaking verbs, however, should generally be avoided on the grounds that they tell the reader how the words are being spoken when the manner of speaking could more effectively be shown through the dialogue itself. For example, “commanded” is arguably a speaking verb, but a command is generally inherent in the words spoken. In general, avoid these “telling” speaking verbs.
Some writers go a step further and attempt to build a gesture or an expression into the dialogue tag itself, and that just doesn’t make sense. A character can say words while smiling, but he can’t smile the words. Likewise for “he laughed,” “he pointed,” “he worried,” and so on.
I see these problems all the time in student work, and it’s easily fixed and explained. But the reason I chose to write about this topic this week is because I’ve been reading some short stories by the great story writer W. Somerset Maugham, and he makes this same mistake all the time. Here, for example, is a line from the story “P.& O.” (which I’m reading in the short collection Maugham’s Malaysian Stories):

“I suppose a woman of forty has no right to mind how she looks,” she smiled, as though he must know what vain thoughts occupied her.

Willie! No, no, no! What were you thinking? She didn’t smile those words! She may have been smiling when she said them, but you can’t smile words.
So here’s the tip: Keep it simple. When in doubt, stick with “said” or “asked.” Even if you’re Somerset Maugham. (That’s him in the picture, by the way.)