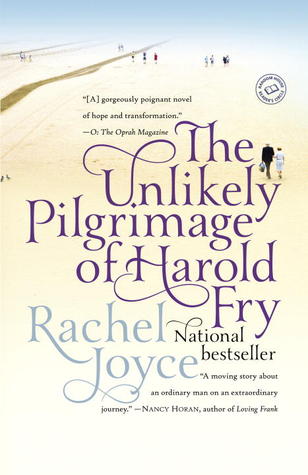 The Unlikely Pilgrimage of Harold Fry: A Novel by Rachel Joyce

This is a well-crafted book about a quest, and it is filled with charming characters and misfits. In the end, though, I found it overly sentimental and melodramatic. If you like that sort of thing–lots of people do–maybe this is for you.

The story is about Harold Fry, a retiree who learns that an old colleague is dying of cancer. He writes her a letter, but decides that isn’t enough. He’s going to go visit her. On foot. (It’s a trip of about 500 miles, from the southwest of England to the northeast.) It’s the least he can do because of something that happened 20 years earlier. We don’t find out what that something is until the last few pages of the book, however, which contributes to the melodrama and the feeling of manipulation. This and other bits of information are withheld from the reader solely to keep us turning the pages. It’s one thing when the narrative consciousness discovers information along with the reader. It’s another thing, and for me a turn-off, when the information simply isn’t being revealed.

So, be warned. There are things Harold isn’t telling you.