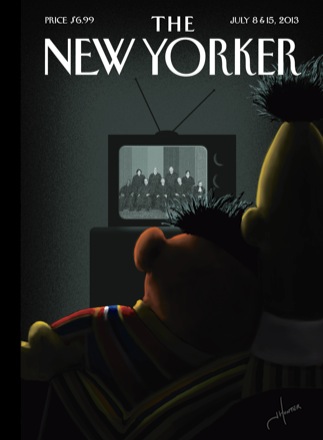 Bud and Arden in this story remind me of the two awful, unreliable narrators of Gillian Flynn’s Gone Girl. You can’t trust either one. (The story, by the way, is available for free, so read it now and then come back.)

They’re on their honeymoon. She works in a clinic, he’s a young lawyer. “Bud” isn’t really his name—it’s a nickname he hates. “Arden” isn’t really her name—she was born Nedra, after her grandmother, a convicted marijuana dealer, killed herself in jail. But it turns out that they’re both liars in other ways—Arden is pathological, and Bud lies to cover up Arden’s lies.

Okay, that’s pretty interesting. He’s so determined to hang on to her that he will overlook this pretty serious flaw and then will also be her willing accomplice. Why? Well, it also seems that he has a problem of his own—it’s their honeymoon but he’s only been able to make love to her once. Is that why he’s desperate to hang on to her? Because he’s afraid his sexual problem will push her away? Or is his sexual problem the result of his growing awareness—although he hasn’t consciously admitted it—that she’s been lying to him?

The fact is that she’s a stranger, and she is the embodiment of a dream that Bud’s mother has had and shared with him. (I wish Wolff had left that out; dreams in fiction spoil the fictional dream for me.)

The story ends too soon. The resolution remains in Bud’s head. I would love to have seen him with his wife—she doesn’t actually appear in the story—so that the resolution would have some life. And then I’d like to see them again in a few years to see if they survived.

Check out the Q&A with Tobias Wolff for a little more information about the story.