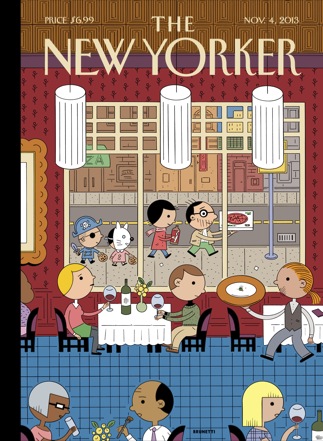 I’m not sure I like this story much, but I really like the narrator. He is an adult in the construction business who recognizes that his parents’ bizarre marriage has made him incapable of attachment—not just commitment. On the other hand, he really likes building houses for other people, perhaps in hopes that someone will be able to build a marriage more enduring than his parents’.

As the story begins, the narrator’s father is arriving because the mother has kicked him out until he gets his weight down. The narrator is able to help with that, but in the meantime they spar. The father seems to get to appreciate his son a little better and maybe the son appreciates his father more, but he’s happy when the desired weight is reached and he can go home.

The ending of the story says it all: “It’s not that there’s anything wrong with my ability to communicate: I have a cell phone, but I only use it to call out.”