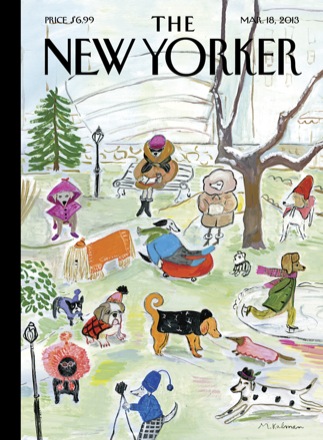 In the Q&A with Chimamanda Ngozi Adichie we learn that this week’s “story” is an excerpt from a forthcoming novel. That was a surprise to me, because I thought this worked very well as a story. Unfortunately, it’s behind the paywall, so you’ll have to take my word for it if you don’t have access.

Obinze is a young Nigerian man who has come to London and overstayed his visa. He has tried to work with a false identity while saving money to enter into a sham marriage in order gain permanent resident status. He works in a warehouse and increasingly is on good terms with his co-workers, especially the youngest of them, Nigel. The men even throw him a birthday party, although it’s on the birthday of the man whose identify Obinze has borrowed and he is momentarily alarmed.

Obinze pays money to some Angolan operators who find a “wife” for him. He actually likes this young woman and she seems to like him, as well. They move forward toward a wedding, and things are looking pretty good for Obinze. Until one day . . .

I don’t want to spoil the story. I will say, though, that I appreciate the structure of this excerpt. The reason that I thought it worked as a story is because of the clear conflict between Obinze and the Angolans and the guy from whom he borrowed his identity. As these two threads develop, the tension rises nicely, and we’re clearly heading toward a climax. Said climax isn’t exactly a surprise, and neither is the denouement, but it’s all very nicely done.