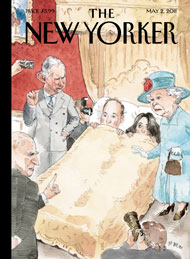 On the plus side, the story is available to read for free, at least for now. Get ´em while they’re hot. And the protagonist, Mandy, is pretty complex, interesting character, so I kept reading because I wanted to know what she would do.
On the other hand, this story has feet in two worlds, as stories of recovering addicts often do, and one of those worlds—hard drug use—I simply don’t enjoy reading about. Some people do, I know, so I don’t fault the author for this. I just don’t like to go there myself.
In any case, Mandy has other issues. She is the daughter of a holocaust survivor, Jacob, who is grumpy old man who lives in a nursing home. This is where the story begins and end, which is interesting structurally, because almost immediately the story jumps back in time to Mandy’s childhood, her mother’s affair and suicide (the details of which come out through her sister, which is another interesting technique), her relationship with Greg, another drug user, and her attempts to stay clean. We also see the character of Tovah Gold, Mandy’s pretentious poet friend. For writers, at least, she provides some comic relief in an otherwise pretty dark story.
Along comes Cal, who, as it turns out, is a recovering neo-Nazi who is trying to get to know Jews as part of his process. Okay, now THAT’s interesting. Unfortunately, Mandy drinks wine with Cal, which is a slip from her own recovery.
The title of the story works on a number of levels, of course. There are holocaust deniers, of which Cal may once have been one. But there are deniers of other kinds—Greg and Mandy with their addictions, and even Jacob. All his life, Jacob has refused to talk about the war, to teach Mandy about what he went through. She doesn’t even know that the language he speaks is Yiddish until Tovah tells her. And Jacob also seems to be in denial about his wife’s death, as he asks about her (in his encroaching senility).
The ending is fun, as it returns to the “poem cycle” that Tovah is writing, and the notion that one can ride a poem cycle: “a poem cycle you could also actually ride for its aerobic benefits, and she’d pedal that fucker straight across the face of the earth until at some point she’d coast right off the edge . . .”