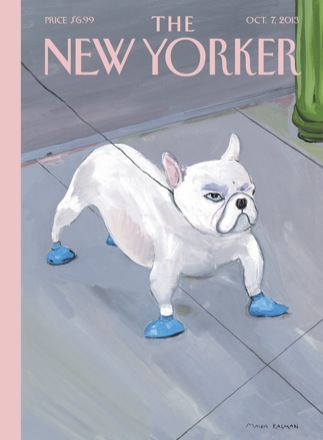 I gave up a long time ago on Theroux’s nonfiction, which struck me as being condescending—not only to the reader but even more so to the inhabitants of the countries about which he was writing. His fiction, on the other hand, I’ve always found appealing, and this story is no exception. I like it quite a lot.

The story’s protagonist, Jay, has returned to his home town (which happens to be Theroux’s home town), for the funeral of his father. Upon arrival, he learns that his high school English teacher—who had a profound impact on Jay’s career as a story-teller (a writer, we suppose—is dying in a local hospice. Immediately we see Jay’s story-telling on display in the comforting lies he tells his mother and sister. He goes to see his old teacher and begins to tell him stories. As we learn in the Q&A with Paul Theroux, these stories, unlike the ones he tells his family, aren’t meant to be comforting. They are, in fact, meant to drive home an important truth. They are lies, but they do tell Jay’s “emotional truth,” and I can’t say much more without spoiling the story. (Although it is behind the paywall, and many readers won’t be able to see it anyway.)

What Theroux is doing here, it seems to me, is revealing the enormous power and range of fiction.