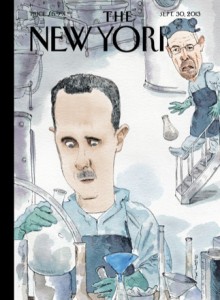 Some of the best stories in the New Yorker in recent years have come from Joshua Ferris (including “The Fragments” earlier this year). And I admire this one, although I found it annoying—in particular I found the protagonist annoying. So it was refreshing when I read this in the Q&A with Joshua Ferris: “A story like this makes a lot of demands and can kind of be annoying at first. Honestly, if I were to pick it up and start reading, I might put it down again . . .” Well, yes.

We begin with the husband coming home early from work because the wife is inspired by the first spring-y day to do something extraordinary. They set off on their adventure unpromisingly—neither feels strongly about exactly WHAT they should do. Been there! Done that! He’s deferring to her, but she doesn’t take control. So they plan an impromptu picnic, take the subway to Central Park, have sex in the bushes (!) and meet friends at a pub. Nice night. Except that isn’t apparently what happens. Instead of the picnic, they go to a bar. They argue about a movie. They still try to have sex in the park, but he can’t perform. They go to dinner. Or they don’t go to dinner. They go home together. Or she goes home alone.

At one point, a leaf in a spring breeze is described as a second hand on a broken watch—it ticks back and forth without making progress. And maybe that’s what we’re seeing here. The first warm day of spring that maybe isn’t spring yet, the indecision of nature. And as a couple, these people seem indecisive, and perhaps not right for each other.

The structure of the story is intriguing. It doesn’t make me hopeful for this couple.