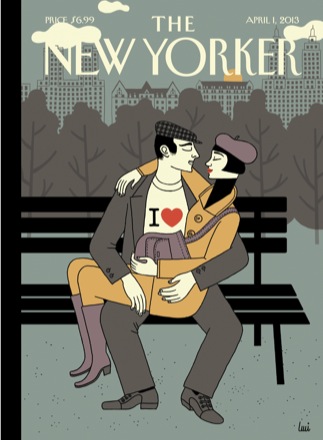 Marjorie Lemke was called a “major loser” in high school. It wasn’t true then, but, according to her, it is now. She’s battling addiction, the junkie she married ran off, and she’s raising her baby Della while cleaning motel rooms. (One thing I do like is that Della is always with her, riding along in the cleaning cart on a bed of towels.) As the author says in the Q&A with Sarah Braunstein, it isn’t really true that she’s a loser. She’s struggling, but at least she’s putting up a fight.

She enters a room to clean it and finds that it is occupied by Gabe. She’s apprehensive, but Gabe seems nice enough and wants her to clean around him. It turns out that he’s recovering from gastric bypass surgery, undergone because his wife says he’d gotten too fat. The wife is a union buster and she’s also staying in the room, except when she’s out … busting unions. Marjorie and Gabe begin an affair, for want of a better word. He’s confined to the room and she seems to like that fact—it’s a contrast with her husband who ran off.

Gradually, she gets the idea that Gabe and his wife might want to adopt her baby, Della. She knows that raising the kid on her own will be tough, and maybe this couple will be good parents. (Gabe has poked a hole in his wife’s diaphragm because he’s hoping they’ll conceive.) But, if anyone is a loser in the story, it seems to me that Gabe is it.

It’s not clear where this story is headed in the end.