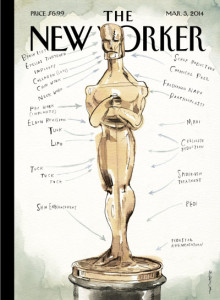 You won’t learn too much from the Q&A with Denis Johnson that accompanies this story, except the astonishing revelation of how long he works on stories. When I finished reading this story I had the feeling I had just read a novel, and that feeling was reinforced by the short interview.

The story is told by Whit, a 63-year-old ad man in San Diego, reflecting on his life. We bits of his life in chapters, almost as if they are separate stories that happen to be about the same man. One is an episode involving a former boss; another is about a telephone conversation with one of his ex-wives; another is about an artist friend who committed suicide. They’re all quite interesting, and they do all contribute to our understanding of the narrator. There is no plot per se. It’s a character study, and one that I really enjoyed.

I’d read a novel about Whit. Maybe Johnson will write one.