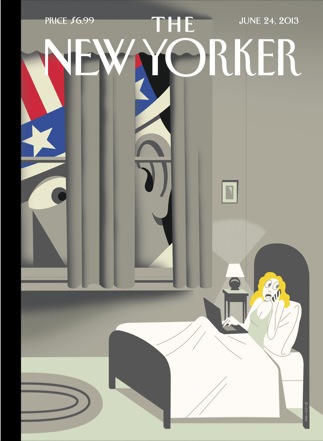 We learn from the Q&A with Thomas McGuane that this is NOT an excerpt from a novel, as I was sure it must be. He’s got a story collection coming out and he loves writing stories. I wish I could say that I loved reading this one.

Jessica is an astronomer in Montana. She goes on a hike and encounters a man who has trapped and is about to kill a wolf. She wants him to spare the wolf and says she’d rather kill the man. When the man hands her his gun and gives her the opportunity, she can’t do it. He shoots the wolf and she goes home. And increasingly she takes on an anti-social aura. She’s rude to everyone, including the father of a man she’s sleeping with. She realizes that she needs help with her anger issues, but nothing helps. Finally she resorts to taking longer and longer walks.

So maybe the point is that she’s so angered by man’s assault on nature that she’s driven to the brink. She’s an astronomer, but she doesn’t seem to draw any conclusions from man’s minuscule place in the universe. And I have a hard time forgiving her rudeness to Andy’s father. Is it that the rape of nature has made her angry, or is it that she’s an angry, and not very likable, person.

We’ve seen a lot of McGuane stories in the magazine. I wish I liked them better.